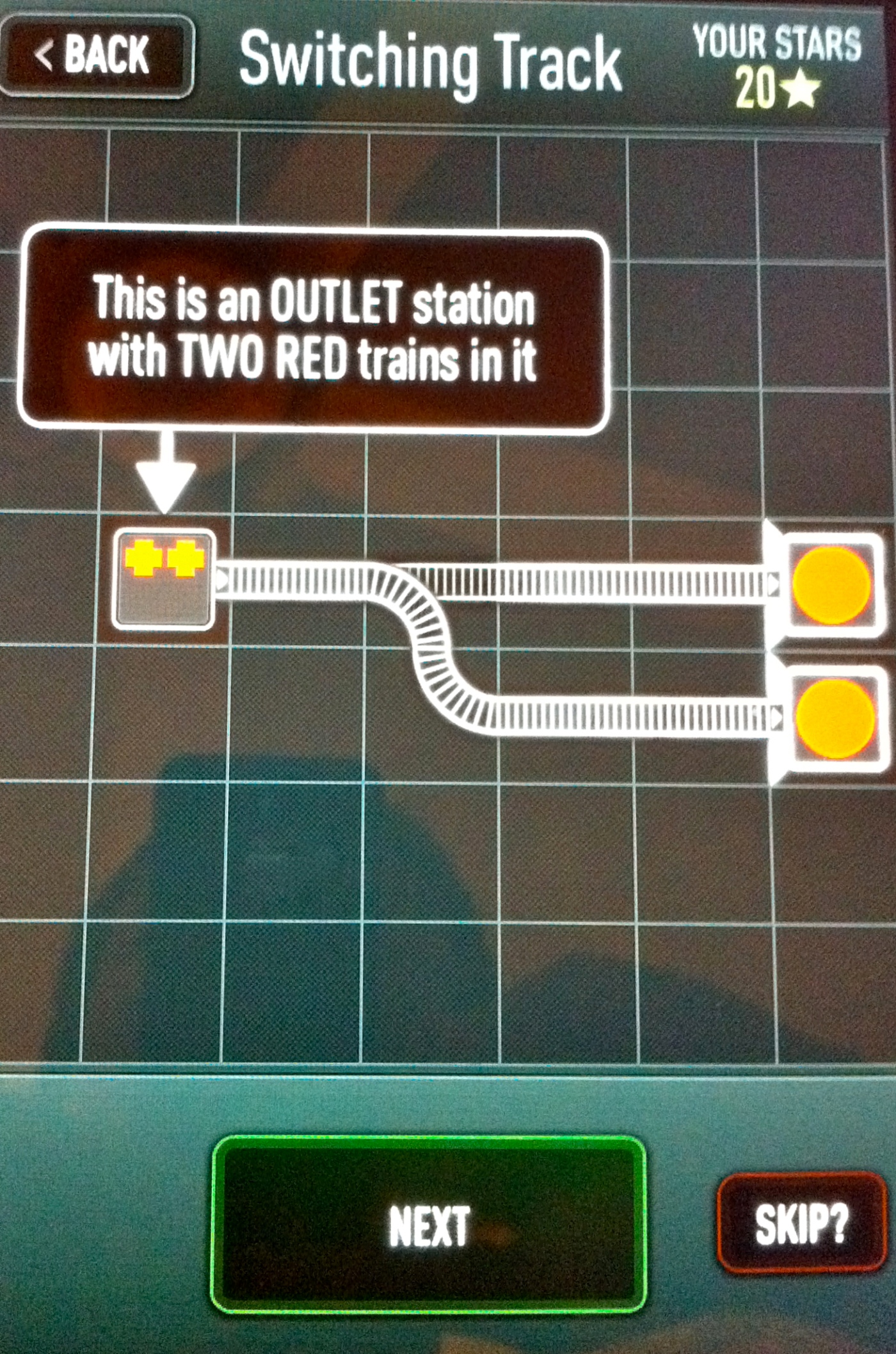 Trainyard is a very unique puzzler where the aim of the game is to guide trains by building tracks from entry points – outlet stations that can hold multiple trains represented by crosses – to their destination points – goal stations represented by circles – as they have to turn and twist their way through obstacles in their path. The game is a puzzler anyone can get into but will also leave puzzle veterans with twists and turns to overcome.

Although there is no real storyline or cutscenes, the presentation does its jobs to introduce you right into the game with a nice tutorial. After learning a few concepts of the game and watching the tutorial play out, players have to overcome a number of levels presented using the concepts they just learnt. Further tutorials will be presented later showing new methods of gameplay and puzzles to overcome. You don’t have to complete one large tutorial in the beginning of the game as they are spread out unlike many other strategy or puzzler titles and that can be a bit overwhelming for new players.

You can skip the level you are currently playing and go to a further level ahead – but not choose levels two or more ahead. This presents a nice change of pace if you get bored or stuck on a certain level.

The controls are really well done and being able to slow down or speed up the trains really helps. There is a lot of interactivity like switching track directions after a train passes a tile as well.

A small issue sometimes arises when fingers get in the way of the view when doing twists or loops with the track. Overall, controls are solid despite this small gripe.

There are usually multiple entry and exit points on each level with their own train that are color coded accordingly – some stations can have multiple trains going or arriving. The trains can pass or go underneath each one’s track but they will also crash if they meet on the same tile and each tile can hold two directions.

‘Start the trains’ input will unleash all the trains onto the tracks at once as they try to reach their destination simultaneously. Sometimes it is necessary to change tracks with the touch or swipe of the finger and slow the game down with a slider icon manually so trains don’t crash while crossing tiles. Also trains can merge on some levels and reach one goal. 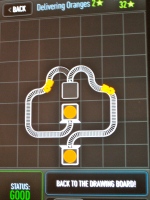 The menu is a little disorienting as there are a few options to weed through and figure out before playing matches with a busy screen. There are cities in the game that players can unlock and each city has its own tracks or levels to complete as well. There is no ‘start’ input, common in most games, but players have to input ‘start new solution’ to start each level.

Although being able to erase parts of tracks already created at any time eases frustration but at the same time prevents too much forethought required of some puzzlers that may or may not appeal to gamers looking for a challenge.

I also suggest a landscape-orientation mode as an option to be addressed as it is much more comfortable to game in for me at least, especially for iPad gamers.

Matt Rix, the creator of Trainyard tells his story of creating the game on his blog as he explains how he came up with the idea for the puzzler ironically on a train. Rix’s story shows how great games don’t always need large development teams or a huge budget – but a great idea that can be implemented in an app can make all the difference.

I highly recommend Trainyard as it is one or the best puzzlers I played on the App Store to date. The game is simple to pick up but has a lot of depth and challenge as well.

-update
This is the review I wrote without editing and it was later posted (with a bit of editing) on Theappera: